Gaaaaaaa...I Need A New Job...Or Something

“My object in living is to unite

My avocation and my vocation

As my two eyes make one in sight”  Robert Frost

Here's the problem: Working for a living is getting in the way of running. Of course, if I don't work then I can't afford to run (among other things, like paying the mortgage) - at least not as much as I want to run. Race fees aside (since I don't have to race to run), there's the never ending pursuit of the perfect running shoes, and don't even suggest going barefoot - I'm not doing it. Oh no, I'm not. Then there's all the bloody physical therapy (Yeah, there goes my retirement fund!).

So this little pastime of mine starts to adds up to a lot of time and money, never mind mental energy.

And now my sights seem to be moving to places far and wide. The problem is, that as a college instructor I'm sort of tied to an academic schedule - which most people may find conducive to a very good life - summers off, a long winter break, spring break, etc. But an academic calendar is not conducive to running marathons. I'm in the classroom during the spring and fall, the two preferable marathon seasons, and so if I travel to races I must fly in and fly out - no hanging out and enjoying a mini-vacation - it's a weekend affair, and then I'm back in the classroom, I'm back at work.

Now, don't get me wrong - I enjoy what I do - and sometimes I'm amazed that I get to spend my days talking about the stuff I enjoy talking about and arguing about the things I find important to argue about. I love talking and arguing about interesting and controversial stuff.  But I wish that the US could get on a different sort of academic schedule, perhaps more like much of Europe - where there are several longish breaks throughout the academic year, which runs year round, without the long summer break (which research clearly shows is not optimal for learning). But for now, I'm pretty much stuck with summers for longer vacations.

And sometime I feel just a bit like Clark Kent - not in the sense of having super powers (oh, I wish) but in the sense of living a double life. My colleagues at work and my students really don't get what I do in my 'spare' time. 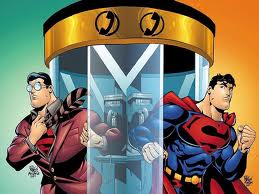 Since the plan is to run Boston and New York City this year, the question often comes up: What next? What next indeed! And this question presents a problem, because there's so much I want to do.

I want to run the Dingle Marathon, in Dingle, Ireland - but it's held at the beginning of September, and my semester begins in August.


I want to run The Old Mutual Two Oceans Marathon in Cape Town, South Africa - a big advantage here is that this is also a brilliant climbing destination. Hence, I might be able to convince the hubby ;)  But it's held at the beginning of April, smack in the middle of spring semester.
And then there's the Marathon de Provence Luberon in France, in October - Running and wine! Yes, there's wine at the aid stations.
Need I say more? Non, je ne le pense pas.

And that's only the beginning. I have a list of marathons I want to run 26.2 miles long.
Perhaps this is just a sign of addiction or of a stunted maturity - After all, aren't we supposed to grow-up and leave these childish things behind? Things like passions, and dreams - they are best suited for childish wonder?

Well, I do teach philosophy. And the fact of the matter is, I have joined my avocations and my vocation in many complimentary ways. And yet..
To be continued...I'm sure.
at March 20, 2012