A Summer Challenge: Run, Sans Technology, Once a Week

“Begin at the beginning," the King said, very gravely, "and go on till you come to the end: then stop.” ~ Lewis Carroll, Alice In Wonderland


I listen to Lorraine Moller tell her story about running the marathon at the Barcelona Olympics where she won bronze. It was hot - super hot - 95 degrees Spanish HOT (everything's hotter in Spain ;). Standing at the starting line waiting for the gun, she glances at the watch attached to her wrist. Telling the story, her eyes tell me that she is startled by the very absurdity of this thing strapped to her wrist, in these conditions, for this race of races for her. She starts waving her hand about, "Why am I wearing this thing. I'm here to race." And she mimics unsnapping the band and tossing it away. The gun fires they are off to race.

I thought back to this story a few weeks ago when I pulled my car into the parking area of the Boulder Rez for the Boulder Distance Classic 15k and realized, to my absolute horror, that I had forgotten my Garmin. The feeling of helpless dread quickly spread from my brain out into every cell of my body and I felt a little sick to my stomach and weak in the knees! I did some quick math calculations to see if I could possibly drive home to get it and return on time for the race. And then I began reeling in the panic. 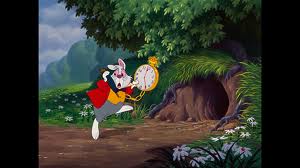 I never used to wear a watch, never mind a GPS. When I raced a lot in back in the 1980s, race volunteers usually stood at mile markers calling out times. This predates chip timing, so there was only 'gun time'. So, your official split time was the time called out. Period. Back in those days I had a standard Timex 'running watch', no GPS, and I knew roughly where mile splits were for some routes I commonly ran because I DROVE the course - No internet mapping sites back then either!!

During a roughly 18+ year hiatus from racing, I ran routes based on estimated distances based on how long they took me and what pace I guessed I was probably running. Many of these routes are trail runs so I couldn't drive them to measure them. Turns out, running now with a GPS, I was pretty close in my estimates - though almost all the routes I ran I underestimated the distance slightly. For all that time, from about 1990-2009 (when I started racing again) I did not keep track, in any systematic way, of my mileage though I knew I was running about 45-50 miles a week just because I wanted to.

Back in my 20s I became obsessed with my running journal and the weekly totals that I marked down each week became a measure of my self worth. A year after I quit racing, my nutty new age roommates had a bonfire/ritual where we all brought things to burn, things that we wanted to leave behind - to rid ourselves of - I burned one of my running journals. Today I deeply regret that. I wish I could have that one back. Many of my PRs were recorded there. Many of my demons revealed themselves there. The journals I still have I now use for understanding. Alas, at 26 I thought I had a clue. I had no clue. And I now realize that I probably still have no clue.

When I started racing again in 2009 I was still pretty old school - I only drank water on long runs and I still had my trusty Timex watch. But I did now have MapMyRun and the USATF mapping site. Training became a bit more precise - but not much. When I did marathon pace long runs I had to make a mental note of where on my route the faster sections started and ended and where the mile marks were along the way. This, I had to admit to myself, was not ideal.  And so in 2010 I got my first Garmin. And the world of exacting training began. Would I now slip down the rabbit hole...? 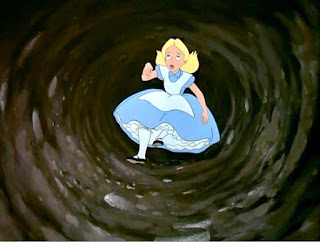 I have tried not to fall into the abyss. I have continued running some runs without any watch or GPS. I will run routes I know well so that I am confident that I will get home when I need to be home, but otherwise I have no clue what my pace is. I just go out and run what I want to run. These are runs that are usually very easy recovery runs - where I don't really need to see that I'm moving at a snails pace. These are runs for me. I don't need to share them with my friends when my Garmin automatically uploads and shares with all and sundry...these runs are for ME, the animal in the world.

But racing without it???? Can I still do that?

Runners have a tendency to get very caught up in the numbers and graphs of running. We record miles over days - weeks - months - years - a lifetime, pace, elevation, heart rate, calories, number of donuts burned, gas saved - we love the objective numbers. However, we can also get too caught up in that. We can lose the run in the numbers. We can lose the experience of it...the feel of it.


“Abundance of knowledge does not teach men to be wise.”~ Heraclitus

But, there's other important benefits we may gain from running naked - a GPS, while a very useful training tool, can also interfere with our internal sense of effort - the FEEL of running. Some runners become so dependent upon technology, that they have no sense whatsoever, of what they are running without the feedback. And that is when the technology takes over and we lose ourselves. Part of running 'maturity' is learning what that FEEL is all about.

I've heard runners wonder out loud if a run even exists if it's not recorded somewhere. Well, every run is always recorded, in your neurons and cells. Why would that be seen as any less 'real' than having it 'recorded' on some computer chip somewhere?? With each run new neural pathways form in your brain - it doesn't matter if you've run the same route a million times - no run is the "same" run. As Heraclitus correctly noted;

And so, I run my 15k - a distance I had only ever run once and recorded only in that journal that will forever remain ashes -  And I 'just' run it according to how I feel. Since I'm rehabbing an injury my aim is to make it a fastish training run and a test run for the ol' butt sprain - and so I run based on how I feel. Rationally I think a nice 8:30 pace would be about right. I have no idea what I'm running. I just run. I cross the finish but forget to look at the clock. I have no idea until the results are printed out. My pace was 8:10.

I have no doubt that that race would have been different had I had my Garmin. Faster or slower the same??? I don't know. But the EXPERIENCE of the run would have been qualitatively different. I learned something important that day. I will do that again soon. On that day I just ran and I felt the run and I was the run.

Once a week, leave the technology behind and run like a child, just as you please.

“We are most nearly ourselves when we achieve the seriousness of the child at play.” ~ Heraclitus