The Waiting Is The Hardest Part 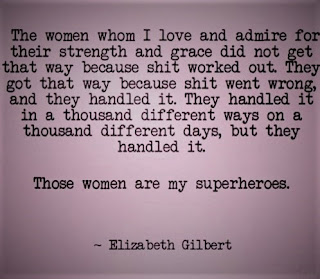 The worst part of all of this is the not knowing. I can't plan. I can't dream. I can't hope without the nagging feeling that I'm setting myself up for crushing disappointment. I am trying to make peace with being in the moment. I am trying to use this time to be present - to notice when my ego and striving desires take me away from now.

The "differential diagnosis" is currently "myocarditis" which is heart inflammation:


"Myocarditis is a rare, sometimes fatal disease characterized by inflammation of the heart muscle. Although it is an important cause of dilated cardiomyopathy (enlarged weakened heart muscle that can’t pump well) worldwide, often progressing to heart failure and transplantation, myocarditis remains poorly understood and is often undiagnosed. Most cases of myocarditis result from a prior viral infection, although many other causes have been identified. The true incidence of myocarditis is unknown due to diagnostic difficulties...."

"Although myocarditis is a relatively rare disease that in many cases resolves without further problems, the importance of recognition, early diagnosis and prompt treatment in high-risk individuals cannot be overstressed." ` The Myocarditis Foundtion

It's rare and often undiagnosed. It is the number one cause of sudden death in both children and adults. It can be caused by a virus (such as the flu) or bacteria, or environmental toxins, or an autoimmune response. It can happen to anyone and there's not much you can do to protect yourself. The actual number of cases is unknown since many die without ever being diagnosed while others spontaneously recover without even knowing it's happened.

In my case it was discovered by accident.


"The two most powerful warriors are patience and time." ~ Leo Tolstoy

So what am I doing? I'm resting. Well, that's resting compared to what I used to do. Am I still running? Yes. But quite a bit less and for the first time I am running according to HR, keeping my HR generally below 120. I am eating well and upping my natural anti-inflammatories. I have now been alcohol free for eight weeks, and feel great about that. In my situation ANY alcohol is a bad idea. I am taking some drugs (which I HATE!) to reduce stress on my heart and allow it to rest and heal.

What's the prognosis? We have NO idea. I must continue to act as if my actions will make a difference but this is somewhat out of my hands. One of the frustrating issues in dealing with a heart condition is that often the answer is rest and time. Unlike cancer, you don't get to "fight" the little shit that's trying to kill you. Instead you have to do exactly the opposite - you must pull back. You must not fight. You must turn the other cheek. This "waiting game" is not generally how I deal with life. I've never been one to "avoid" problems - I deal with them head on. So I try to embrace the things I can do and then "inaction", resting, not "doing" becomes action.

The general consensus is that it takes 3-6 months to see how things are responding. So, I have pulled out of all my races through the first half of the year. Chances are good that 2019 will be a "rest" year for me and hopefully I can return to the life that I so want to live.

Yesterday I dropped out of the Boston Marathon. I was contemplating walking/jogging it. I could actually run it and I could run a decent time, even now. One of my goals was to run Boston for 10 consecutive years. I've run: '12,'14, '15, '16, '17, and '18. Notice that '13 is missing. That omission has bugged me ever since. That year I pulled out 10 days before the race due to a pelvic sprain I sustained during my last track session, doing a stupid thing. That year I also could have run but since I was pretty much in the best shape ever, I just didn't want to "jog" it. The money and the fact that I had my first 50k a couple months later convinced me that dropping was the best option. But that meant that my consecutive runs would be restarted at '14. After running 2014, the experience of being in Boston and running the year after the bombing was so overwhelming that I wanted to return "for as long as I can get in". So, here I am. My 7th Boston, 6th consecutive Boston will not be. Now, this may qualify as a major First World Problem, but we all do have a right to have our goals in life. I know it really doesn't matter and yet it does matter to me.

Many erroneously assume I am "injured". I haven't been injured in many years, actually since that sprain in 2013. And in fact now I see running injuries so differently - those complaining about stress fractures and tendinitis??? I try not to say "Hey. At least you aren't an "otherwise healthy" person with a heart condition that might kill you". As tough as tendinitis is, it ain't gonna kill you. I won't say these things to a suffering person, but I will think these things, as I believe most who have confronted their own mortality will. Some experiences dramatically change your perspective.

So for now I sit and wait. But I'm not "just" sitting - I am being present. Sometimes that means I cry and feel sad and sorry for myself as I see others signing up for races, getting exciting about the coming of spring and running cool races, etc. I cry because I want to live my life and I also just want to survive. I cry because I do not want to leave my husband and life partner so soon, and because I desperately want to see my daughter grow up. I cry because unless you have had to look your own mortality in the face, you can not begin to really understand. You can try, but it won't work. And that can be lonely. Others can say "You are going to be alright", but that's not how life always works. People die. I am no exception.

Other times I am grateful for this lesson. For this chance to refocus a bit - to perhaps reexamine my priorities. Of course I want it to turn out well. Regardless, I am not the same person I was a couple months ago. We never are, but some things accelerate change. I only hope to have the opportunity to continue to grow through all of this.