The Middle: The Ups and Downs of Sharing

“Life can only be understood backwards; but it must be lived forwards.”  ~ Soren Kierkegaard

If you give away too much, you suffer a loss because "too much" implies more than you should give for your own well being. If you give too little, you may feel cut off from others. The balance is hard to find. 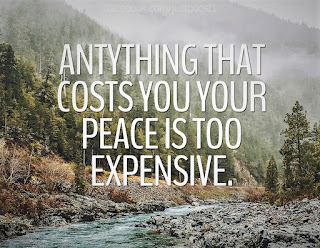 Over the past three weeks I have experienced everything from support and attempts to understand, to condemnation and writing me off as one of the walking dead. It's been hard, very hard. I'm angry as hell. I'm angry this is happening. I'm angry that people claim to "understand" when they can't possibly understand. And when I tell them this, they get defensive and dismiss my reaction. They attempt to tell me that I will be fine. Some wish to dismiss the truth of what this all might mean, for me (not for them because this shit will never happen to them). Some wish to use my situation as inspiration to do what they can do while they can do it - and that's great and it's something I've encouraged people to do since starting this blog in 2011 - so that's fantastic that they're doing it -  except for the inference (due to the timing of these constant proclamations) that I'm done for and fucked. It's great to inspire, but not at the cost of ones life. I guess no one listened before.

Maybe I'm just being sour about the whole thing. But, hey. I have a right to be pissed off at the wold right now.

On the other side there's the silence from some. Some just can't deal. I'm a pretty normal person. I'm healthy. I generally live my life with gusto and go after what I want. I take pretty good care of myself. I do things most others my age cannot even fathom. And yet, this is happening to me. We need to distance ourselves from such glaring examples of human mortality.

And I can't help but feel that some will follow along just to witness my downfall. There is the "watching the train wreck" impulse in many. They want to follow along. But it's like watching another crappy Netflix series.

I took a risk sharing as much as I did, and perhaps if things turn out well I will return and tell my story after the fact. But telling it while I'm going through it has proven dangerous and painful and eye opening in a very hard way. Yes, I've received a lot of support, and I thank those who offer it. But those who have chosen to be mean cut into a painful place that I hope no one out there has to discover in themselves.

So for now I will focus on me and those who are closest to me. I wanted to share my story only because I thought maybe someone else out there is like me, and maybe someone out there could learn from my example. But I guess I'm wrong.

To paraphrase Socrates, it is better to make yourself as good as possible rather than building yourself up by silencing, laughing at, and cutting down others. As Socrates faced his death, condemned for speaking awkward, uncomfortable truths, he warned those who condemned him: "[T]he easiest and noblest way is not to be crushing others, but to be improving yourselves" (Apology) It is better to stand for something and to say it, to use your life as an example, than to constantly shut down those who take the risk, speak out, and share their truth. Most, it seems, don't want to hear it.