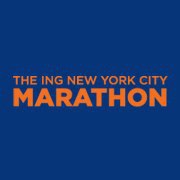 
After a week and a half of silence - Zero communication - The NYRR updated their facebook page with the following:


"We want to reassure you that we are continuing to work hard to provide answers to your outstanding questions, and understand how important this information is to all of you. We are doing our very best to address your concerns and sort out all details. We are grateful for your patience and continued support."

This is the only news NYC Marathon runners have received concerning our status for next year's race. No emails (the last one went out when the race was cancelled), no updated information on their website...and they have not been returning calls to reporters.

So what should the NYRR do now? Well, I have a really good suggestion - Do the right thing. Period. While the waiver all runners sign may offer some legal out for the NYRR in terms of honoring our registration, ethically, the solution is clear.

For those who did not defer, who traveled to NYC, picked up their packets, and planned to run...They should receive guaranteed entry into next year's race, or better yet, one of the next 5 years - to spread out the impact and to allow those who can't afford to return next year to plan for a year a bit further out - at no additional cost.

Given how poorly this situation was managed, I believe the NYRR has some major damage control to attend to. The bad feelings engendered through all of this will only grow more bitter if this is not handled delicately. If the NYC Marathon has any hope of regaining it's former reputation, as the greatest marathon in the world, it must act like the greatest marathon in the world.

Clearly the marathon should have been canceled days earlier, Wednesday or Thursday at the latest. Those of us who came in from far away had no idea, until we arrived, what devastation awaited us. News reports go only so far in capturing the reality of the situation. Even those in the midst of it couldn't quite grasp the enormity of it all. My mother just kept say, with regard to power outages and gas shortages "We just don't allow this to go on. This doesn't happen here". But there it was...going on, and it's still going on more than 2 weeks later.

Many believe, rightly or wrongly, that the decision to cancel was delayed for as long as possible in order to get as many runners (and their money) to the metropolitan area as possible before pulling the rug out from under the whole thing. The truth here matters little - the perception is the problem for this race. Runners report that the blue line marking the course stopped at 14 miles. When did the painters receive the call to stop painting? Reporters, rushing to the start area as the race announced the cancellation, found a virtual ghost town. Not a worker or volunteer in sight. When were those workers and volunteers called off the job?  Now these situations are conspiracy theory magnets, and I usually dismiss them without much thought...but...hmmmm...Maybe. All that's needed is a little doubt and that changes how people feel.

Many claim that the NYRR won't or can't do what I'm suggesting for financial reasons. All that money, already spent can not be recouped. I get that. But sometimes we have to do the right thing even though it may temporarily hurt us financially. After signing a lucrative deal this year with ESPN, I suspect that the NYRR has the necessary resources to do the right thing, though it may crimp their style a bit. Perhaps next year they could cut spending in other areas - like appearance fees for elites. Why not make next year's race a "people's" race, where the average runner is first and foremost, and where elites come to show support for the race, the tradition, the city...

And don't races have insurance to cover these things? That's of course the first thing people ask when an individual suffers a tragic event - and if they don't have insurance, we tend to dismiss their complaints and point out their poor choices ( I don't fall into this camp, but many do).

I can say that this whole episode has changed my feelings about this race and, unfortunately, about this city. I wish I could say it didn't, but it did. Perhaps I went into it too idealistically. There's nothing worse than having high ideals shattered before you. A dream, 30+ years in the making, undone in a matter of days. Does this change my experience of watching Grete Waitz run through Central Park on that crisp November day so long ago?? Right now, I have to say yes, it does. I'm sad about that. And so I am hoping against all hope that the NYRR does the right thing now. I can see this being saved or lost, for me and for the race itself, depending on what they do next.