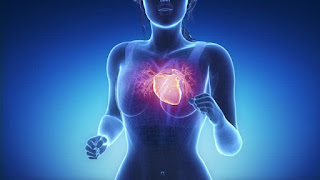 The update for now, as far as I know it:
Last Wednesday I went in for my second echo. It had been four months of "cardiac rest" and waiting and wondering and hoping and fearing. The unknown. Doing all you can and hoping something will make a difference. What that entails is: First, reduced activity. I could and did still run, but I cut my pace and mileage significantly. My general aerobic pace dropped by about two minutes per mile and my mileage was cut by a half to two-thirds in volume. So, I dropped from 60-70 mpw to 25-35 mpw. My pace dropped from about a 9:15 for general aerobic runs to 11+ and I ran nothing harder than that. Second, I began taking beta blockers and ACE Inhibitors with the aim of reducing as much cardiac work as possible allowing my heart to rest and recover from heart failure. The medication makes the volume and pace cut easier since I generally feel like crap when I'm running.
Everything hinged on that second echo: Would there be improvement? Would there be further loss of pumping function? Would I need a biopsy? Since the range of possible outcomes for myocarditis is anywhere from complete recovery to heart transplant and/or death attempting to do all you can do to give yourself the best possible outcome is a daily act of faith. The reality is that there's not much one can do to alter the situation except support your body as much as possible and hope for the best. But you can do all the "right" things and still not recover from this.
The months and weeks and days are counted down. The week leading up to the echo I have dreams - dreams that they tell me things have gotten worse, the worried looks, the plans of what will come next. The unknown. I push these aside as best I can, and hope.
Finally the day comes. I have the echo. I wait for word of the results. And wait. And wait. The next morning as my family and I head off for a trip I notice a voicemail. I am terrified to listen. I press play and quietly listen as my husband and daughter sit beside me, noticing nothing.  "The results are good. Your heart is pumping well again". I send an email: What does this mean now? Can I get off the meds? Can I really start running again? Does this mean I'm "all better"? What does this mean now?

There is a risk of relapse, if medications are stopped prematurely. I would plan to continue the medications at least for the short term -- I'm assuming you feel OK on them. We could discuss tapering off of them in the future. As far as running, you certainly could start to increase your activity. I would get back into things relatively slowly and avoid anything too competitive for the next few months.Heart function is something that can change. We should continue to monitor this periodically with an echocardiogram..."
This is a time you want to hear: "You're good to go". I want to be "fixed", healed, done, not just "better". But that's not how these things work. I am impatient. I am, also, still trying to resolve the coughing/breathing issue that clearly is not cardiac based but which lead to this whole thing to start with.
Realistically Leadville is out for this year. I have not withdrawn from the Barkley Fall Classic and hope to be able to at least give that a fighting go, but we shall see. A couple people in the BFC FB group took me to task for not dropping, asking me: "How would you feel if you were on the waiting list?". Or the classic paternalistic comment that assumes I'm an idiot: "Drop. Your health is more important".  I will confess that I am sick to death of getting "well meaning" (but uninformed) advice from strangers who know nothing about me nor my situation.
I am also hoping to go back to Tunnel Hill. Since that was the last race I ran, I would really like to be able to run that as kind of a symbolic act of defiance against the odds and a return to what I love doing. Time will tell if that will happen.
For now I need to keep doing what I've been doing. Admittedly that's not what I want right now. I want to hear that I can resume living, in the sense of returning to what I have been doing for low these many years. But, actually, I have resumed living with a completely different mindset. I will never be the person I was. I will never again take for granted the things I did before. For that I am thankful.
************************************


What is Myocarditis?
"In simple terms, myocarditis is a disease that causes inflammation of the heart muscle. This inflammation enlarges and weakens the heart, creates scar tissue and forces it to work harder to circulate blood and oxygen throughout the body.
While we often associate cardiovascular conditions with elderly populations, myocarditis can affect anyone, including young adults, children and infants. In fact, it most often affects otherwise healthy, young, athletic types with the high-risk population being those of ages from puberty through their early 30’s, affecting males twice as often as females. Myocarditis is the 3rd leading cause of Sudden Death in children and young adults...[M]any patients live long, full lives free from the effects of myocarditis. For others, however, ongoing cardiovascular medication or even a heart transplant may be needed. Overall, myocarditis which can cause dilated cardiomyopathy, are thought to account for up to 45 percent of heart transplants in the U.S. today." ~ The Myocarditis Foundation
at June 07, 2019