He who fights with monsters should be careful lest he thereby become a monster.  ~Friedrich Nietzsche

Yesterday, April 7th, the Boston Bomber, Dzhokhar Tsarnaev, was found guilty on all 30 counts he was charged with in connection with the 2013 Boston Marathon bombing. Social media immediately went wild!

And then this started popping up everywhere: 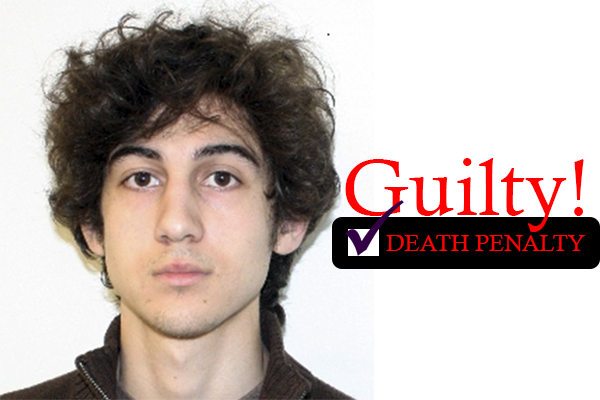 Comments like:
Put him in a room with a pressure cooker filled with nails and blow it up...burn him alive...this MONSTER deserves to be tortured then killed...put him on a pole and let the people he hurt throw stones at him so we can hear him cry for help and die slowly...Cut off his limbs and let him watch himself in a pool of blood... Hang him in the middle of Boston...I wish we had public stoning in the USA...Firing squad ! Public execution!...

Then there are all the really barbarous suggestions that are too gruesome to even share.

Can we not take just a minute to pause and think about what we're saying?? What does this say about US? If HIS actions CAUSE us to react in this manner, then we need to think long and hard about what we are allowing him to do to us now. We are allowing him, his actions, to turn us into MONSTERS! Even if he 'deserves' the most gruesome torture, does that mean that we should or must give him what he deserves? Are our actions dictated by his actions? I am disheartened by the hateful, violent vitriol that just seems to flow out of normally balanced peoples mouths.

Last year, when I went to Boston and ran the 2014 marathon, the atmosphere was one of celebration, determination, defiance, courage, thankfulness, respect, remembrance, love, community, freedom...reverence. We all felt it and loved Boston and became part of Boston. Last year the focus was on standing together and doing something joyful and free and positive in the face of evil. And nothing is more enlarging for the character of a culture than to a take horrible act and turn it into something that unites us and carries us higher than we were before. THAT is worth something.


"It's not what happens to you, but how you react to it that matters" ~ Epictetus 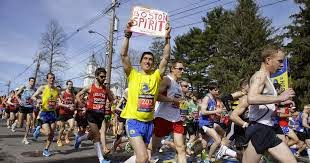 But this reaction - this impulse inspired by the verdict?? This is cowardly, stupid, hateful. It makes us less than what we were. It makes us worse. It makes us victims again. And we lash out, frightened, angry and small, and we call it justice. JUSTICE.

I hope that when I return to Boston next week that this will not tarnish the spirit of this great race, this celebration of running and Boston and the potential that this country has to be great, not small. What we feel and do creates our characters. Now our national character is being tested. Will we rise up together and do the right thing, tell evil to go to hell and we will continue doing what we love to do, or will be give into our violent instincts, and tell ourselves that revenge, retribution, lex talionis, is the answer.

Be a creator, not a reactor. Care for your character. Be careful of monsters, without and within.


In violence we forget who we are.  ~Mary McCarthy 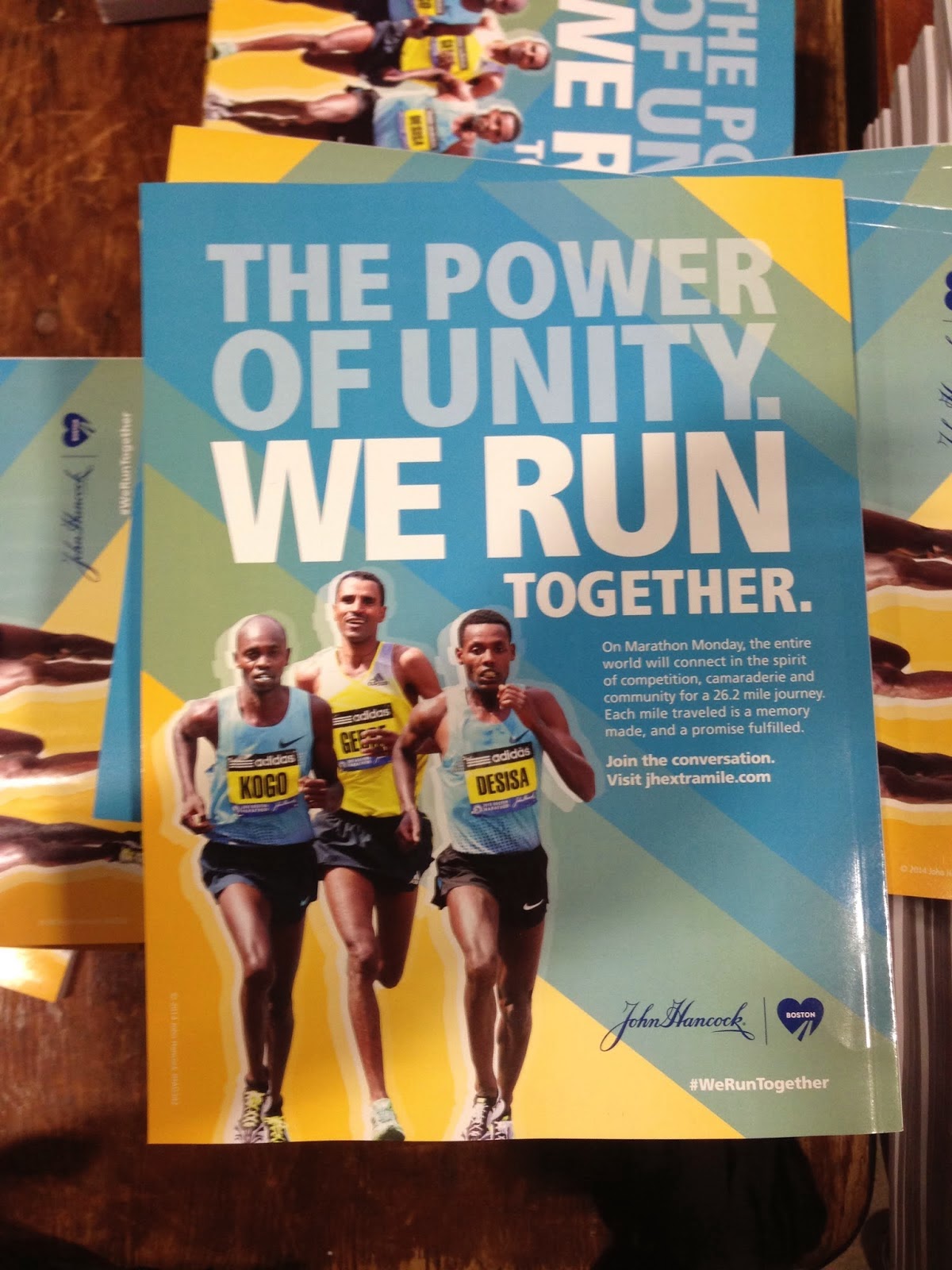