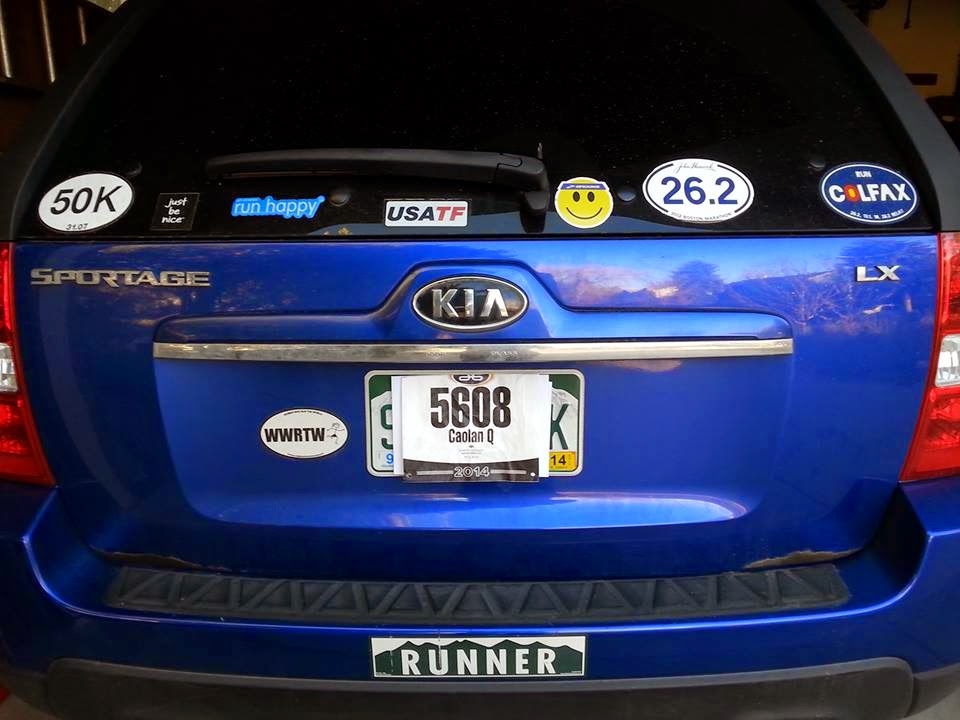 "Those who enjoy their own emotionally bad health and who habitually fill their own minds with the rank poisons of suspicion, jealousy and hatred, as a rule take umbrage at those who refuse to do likewise, and they find a perverted relief in trying to denigrate them." ~ Johannes Brahms

So, once again, a runner-hater a$$hat has found traction in the running community...and we all band together and defend ourselves, and in the process, give said a$$hat, the attention he so desperately needs in his pathetic little life.

I'm not here to give him any more attention and I won't post a link to his drivel, for all you really need to know of this piece is the following:


"You’ve seen them a lot recently. The little oval stickers on the back of cars that say “13.1" or “26.2" or some other seemingly random number. The number relates to running, 13.1 being the distance of a half-marathon. And every time I see one of these stickers I just want to run it off the road.

It’s amazing how three numbers and a decimal point can single-handedly turn someone into a big, arrogant butthole."


He erroneously claims that stickers on cars are meant to show that we are "fans" of something - which is a bogus claim at worst and incomplete claim at best. When I stick a sticker on my car, it is not to show that I am a 'fan' of something. Sure. I am saying 'I like X", But the REAL purpose is that it is an attempt to single myself out as an individual - to other individuals who may be like me: political stickers, team stickers, various sports stickers, dog breed stickers, school sticker (oh, he should attack all those "My kid is an Honor Student ..." crap. Sheesh. Talk about braggers!!!),vegan, animal rights, gun/hunter (nut ;) rights...whatever it is...we want to connect with others like us.

Here's why we love our running stickers: We are members of a tribe. We love seeing other members out there. We greet each other out on the roads and trails when we run AND when we drive. We wear our race shirts for the same reason...And, because pride is NOT the sinful thing he seems to be intimating! We've done things we have every right to be proud of. And, what WE do has no bearing on what you do or do not do.

This is a case of flawed logic and small minded jealousy, with a dash of ignorant hate thrown in.

Am I bragging with my stickers??? No. It's JUST FECKING RUNNING! BUT,  I am proud to be a member of this amazing, inspiring, life-filled, inclusive, welcoming, encouraging tribe.

As Socrates argues in the Apology (and I am taking creative liberties with his argument): It is best to make yourself the best 'you' you can be. Stop trying shut-up those who are doing better, or encouraging you to be better.  Worry about your own soul. You are not made better by putting other, who are trying to be better, down.