The Colorado Floods: A Little Compassion Goes a Long Way 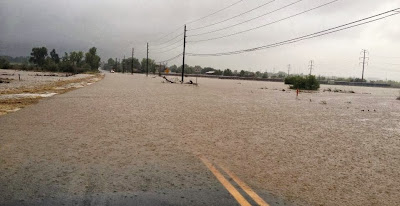 May you be poor in misfortune,
Rich in blessings,
Slow to make enemies,
quick to make friends,
But rich or poor, quick or slow,
May you know nothing but happiness
From this day forward.

Last November I had the unpleasant experience of being in NJ/NY less than 2 days after Hurricane Sandy hit that area. The devastation was heartbreaking. And the response from the running community was simultaneously dismaying and uplifting. I was attacked by many for going to the area - my supposed purpose for going was to run the contentious, soon (not soon enough) to be canceled, New York City Marathon - but my real purpose was to support my family in New Jersey and friends from the area who were planning to run even as they suffered. It would have been much easier to stay in nice, sunny, comfortable Colorado. This experience was horrible in so many ways. 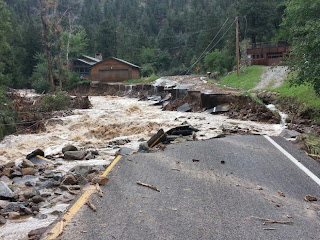 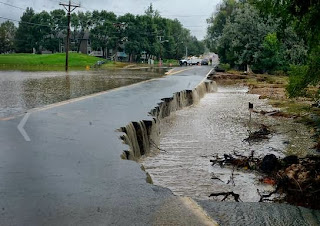 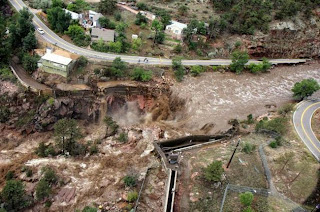 Highway 34 toward Estes Park, Colorado, as flooding devastates the Front Range and thousands were forced to evacuate, on September 13, 2013. .

The rain begins in earnest on Wednesday, September 11th, 2013 - Yes, THAT date. It continues at such a furious rate for the next two days with NO break. The entire norther front range of Colorado becomes a lake of sewage, debris, mud - and the memories and lives of many people. Canyons wash downstream. Houses crumble as they slide down hillsides.

This video shows an area just north of where I live. These are roads I run and bike on every week.

The rain continues...through Friday the 13th...and does not stop until Monday afternoon, September 16th, after a solid week of rain - most of it torrential. In the end, the rains cause an inland sea the size of Connecticut. 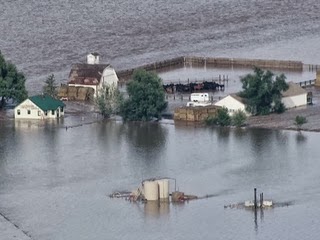 And now we all emerge from our homes, blinded by the sunlight like lovers of wisdom emerging from Plato's cave. What is still real?? 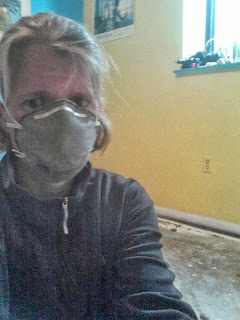 Crazed eyes - Windows to the soul

The costs for this flood is estimated at 2 billion dollars. Entire towns and communities have been washed away. We are all weary and worn down.

I am scheduled to run the St. George Marathon on Oct. 6th, and due to unexpected flood expenses, and just the overall stress of this situation, I request a deferment - something SGM clearly does not offer. But I think I might as well give it a shot and send an email. What harm can it do? (I will learn the answer to that question soon enough!)

And I start thinking about the Boulder Marathon runners, and other area runners running marathons elsewhere in the coming few weeks - many of whom I've been training with these past couple months - and I start thinking of how race directors reached out to runners post Sandy and the cancellation of the NYCM: Philly RnR allowed NYC marathoners into their full marathon at a discounted rate. Others including: Malibu, St Jude, Harrisburg, Tucson, Route 66, Seattle, Mesquite, and others, all reached out to runners. I took the Tucson Marathon's generous offer to register for that race at their early registration rate. I believe it helped all of us to heal from a very negative and emotionally draining experience.

And the wheels start turning or churning -  perhaps like a hamster wheel - spinning aimlessly around.

...or maybe one the kind of wheels that flatten and pulverizes all reason and sense...

I start looking at what's happening beyond the bounds of my very small, damaged world, and I realize that I'm not over whatever happened in NY. And, I say, something has to give or I will implode. The one thing I can not deal with at this point, emotionally or financially, is running a marathon (call me weak if you will!)  - and so I start wondering if others are feeling this way.

I email about 25 RDs from marathons either nearby or with good reputations, run within 3 weeks of the flood, to ask what their response is to anyone asking for a deferral and if they have reached out to Boulder Marathon runners to offer spot or deals.

This is what I receive:

We extended our registration deadline and kept it open as long as we could (our race is September 28) and I have still been trying to accommodate people who call in.  I also reached out to the Boulder Marathon Director (didn't hear anything back) offering to let runners run our race for free if Boulder wanted to provide their medals and shirts (because we already have ours here and we have some extras, but not a lot - we have SWAG, including race bags, medals and shirts for 15 more full marathoners and 50 more half marathoners) for their runners.  We suggested we would provide an additional silly shirt that said something like "We ran the Boulder, Colorado Marathon in Nebraska.

And, from the Jackson Hole Marathon:

The Jackson Hole Marathon has been contacted by several individuals impacted by the floods in Colorado.  We have offered a full roll over to the 2014 event.


Most I hear nothing from. I receive a few auto-response 'form' emails from other marathons stating that they do not give deferrals. Period. My friend, who's scheduled to run Steamtown and has more than $11,000 of damage to his home, is told - Sorry, "No deferrals" -  Even for those living in a disaster area???!!!

I send and email to SGM explaining my situation. I ask for a deferral, no refund, just a chance to run next year. I hear nothing...and nothing. I post on their Facebook page. Three days pass. Nothin'. I get frustrated, and say so on my FB post - things start getting heated, and others tell me to stop stirring up bad feelings.

that night I decide to drop the whole thing, crawl into bed, and cry. Bad feelings indeed.

But when I wake the next morning I send one last email to the SGM, one last time.  And finally I receive a response from a real, honest to gosh human being!

I’m sorry you have not been successful in contacting us.

I’ve gone through all email and phone messages but did not see anything from you - thinking I may have missed it or perhaps it went to junk mail. We still had you registered as well.

We have all heard about the flooding and the devastation created from it in your area – our thoughts and prayers are with everyone.

I have cancelled you from this year’s race. We will most definitely offer you a deferral to the 2014 St. George Marathon...

We wish you the best

And that's really all it takes to make people who are having a hard time feel that someone out there cares. It really doesn't take much but this one email restored my faith in this whole enterprise into which I invest so much of my heart and soul. I only ask that other marathons extend the same offer. I did not ask for my money back. I simply asked to be allowed to run next year. What can be the downside to that? The goodwill you engender is worth so much more. The compassion you add to the world through your actions makes a difference.

“No act of kindness, no matter how small, is ever wasted.” ~ Aesop